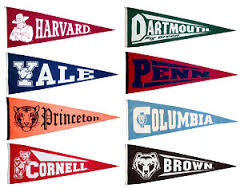 (The Dartmouth)  By Joyce Lee.

In terms of the 3.2 percent decrease in total applications, which follows a trend of decreasing application numbers, Sunde said that he did not think that the recent years’ variations have been a trend. He added that he believes the one to three percentage point differences indicated stability in the number of applications.

Founder of college admissions consulting firm Ivy Coach Bev Taylor said that the percentage decrease was not a significant number and that while numbers fluctuate year to year, it does not necessarily mean that highly selective colleges have became more or less competitive.

“More students applying doesn’t mean it gets more difficult [to get into the college],” she said. “All highly selective colleges are getting better at is getting students to apply by making [the colleges] more noticeable.”

“Dartmouth would rather see [early decision] numbers go up because it’s better for yield,” Taylor said. “It’s not so much the percentages [as the] yield.”

Yield refers to the percentage of applicants who accept a college’s offer, which would be close to 100 percent for early decision applicants.

Founder, director and lead educational consultant at IvySelect College Consulting Michael Goran said that there may be certain initiatives that could impact the number of applications, such as the change to being need-aware, rather than need-blind, for international applicants. However, he said that there did not seem to be anything specific that was adversely affecting the numbers at Dartmouth. Rather, he said that students may look at the rural environment of Dartmouth compared to the more urban environments of other Ivy League or other selective colleges to decide whether or not they would apply.

More and more students are also aware of the advantage that is conferred by applying early, Goran said. He said that while a school such as Yale University may state that applying early or regular makes no difference for the student’s chances of acceptance, students are still actively encouraged to apply early due to the higher number of accepted students through the early decision process.

“It’s the rising awareness of [early decision] nationally and internationally, as well as the perception that you get a boost in the [early decision] process from the standpoint of sheer numbers,” Goran said. “There are fewer applications, and there’s the perceived feeling that you have the best chance of admissions by applying early.”

Goran said that rather than comparing the number of regular decision applicants to previous years at Dartmouth, it was more important to see the growth relative to other schools, including other Ivy League colleges, in particular.

“Dartmouth has stayed relatively flat while the other Ivies have generally increased at a higher rate,” Goran said. “But again, it may be more to do with the unique qualities of Dartmouth and the school being in a rural location, which [may] not necessarily be for everyone, no matter how great the academics.”

Sunde said that the primary focus of the College was on the quality and diversity of the entering class, which was the most important aspect of the admissions office’s work.

“I think our entering class on any of those measures stands very strongly,” Sunde said. “And so, we certainly observed the increases at other institutions … but I think our primary focus is on our own pool.”

Sunde said that the admissions office does not yet have breakdowns for diversity in the class or class statistics such as test scores and GPAs. He also said there is a consistent pattern of when data becomes available, and that Dartmouth is as transparent or more transparent than other schools that may be considered peer institutions.

Linda Lee, a high school senior from Valencia, California who applied to Dartmouth through the regular decision process, said that she was able to understand Dartmouth better as a college through the interview process, during which prospective students are interviewed by Dartmouth alumni.

“Other than talking about myself and learning about Dartmouth, I got a really good look at Dartmouth because of [the interviewer’s] character,” she said. “The most I gained from that interview was seeing the type of students who went to Dartmouth.”

Lee said that the essays were the most important part of the application process for her because it was the only component she could focus on to make herself a competitive applicant. She noted that it was challenging because she not only had to write well but also needed to convey her appeal to the admissions officer reading her application. She noted that she did not have access to college counselors to guide her, relying instead on networking and talking with other prospective students to understand the process.

This year, Dartmouth debuted several new essay prompts that students can choose between to respond to. One prompt was, “‘It’s not easy being green’ was a frequent lament of Kermit the Frog. Discuss.”

Ira Frederick Morgan III, an applicant from Dayton, Ohio, said that as a low-income student, he appreciated the substantial financial aid that Dartmouth was able to offer and how students, regardless of income, would have similar opportunities to higher-income students.

Morgan said that as both a low-income student and as a first generation student, he was in the dark about the application process and found it difficult to gather the money needed to pay the fees for the college application. He also said that he had trouble being able to fully express himself in his college admissions essay.

“I didn’t want to sound like a pity party even though I have gone through a lot of struggles,” Morgan said. “Even though [these struggles were] a large part of who I was, it was a hard thing for me to use and balance out. In that, I lost a part of who I was.”

During the early application cycle, 555 students were accepted for the Class of 2021, forming around 47 percent of the incoming class. Regular decision applicants will be notified by the College on March 30.