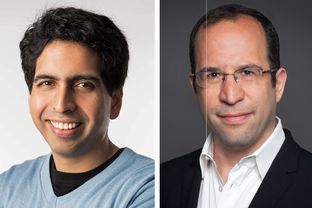 The maker of the SAT, America’s oldest college-entrance exam, promised to streamline its new math questions and scale back the reuse of tests, a longtime practice that has made the exam vulnerable to cheating.

David Coleman, chief executive of the College Board, said the New York not-for-profit organization wants to simplify the word problems on the new SAT’s math sections to eliminate “superfluous words.” His remarks Thursday, at a conference of colleges and guidance counselors, came a day after a Reuters report detailed how the College Board’s new test contained math problems that are much wordier than internal specifications called for.

Coleman said the College Board also aims to reduce its practice of recycling SAT questions used on prior exams. Reuters articles earlier this year revealed how test-preparation companies in Asia are systematically harvesting old questions and having their students practice on them. When those questions are reused on exam day, the clients enjoy a big advantage over students who haven’t seen the material before.

The SAT and its rival, the ACT exam, play a major gate-keeping role in U.S. higher education. American colleges and universities, especially the most selective ones, use the tests in choosing among applicants. Millions of high school students take the exams each year.

Coleman was pressed about the math sections and the exam recycling by the audience during an appearance at the annual conference of the National Association for College Admission Counseling.

Judi Robinovitz, a Florida educational consultant, expressed concern about a Reuters report Wednesday that the College Board had ignored its own internal research showing that the math questions on the new SAT were too long. A reviewer hired by the College Board and other experts warned this could harm students who do not speak English as a native language. (reut.rs/2cwuirH)

Coleman said the College Board has seen “no meaningful difference” in completion rates on the new SAT between students whose first language is not English and those who are native English speakers. But he added that changes are in store for the new test, which debuted in March.

“We are going to do everything we can to further simplify the mathematics section. Using superfluous words is superfluous,” he said, later adding, “Every extra word should go. Complex, distracting situations should go.”

He said later, “I think the College Board should do everything it can because I’m worried about the perceptions in the article.”

Robinovitz, who previously worked at the Educational Testing Service, which has done test development for the College Board, said in an interview after Coleman’s appearance that she was pleased he had promised to simplify the language of the math sections.

Coleman was also asked by a college consultant in the audience about cheating on the SAT, and whether the College Board planned to do away with reusing test questions and switch to single-use, “one-and-done” tests.“If you want to stop cheating internationally, give the tests once,” the consultant told Coleman. “Don’t repeat the same test ever.”

Coleman responded that some reuse of questions was necessary, but agreed that it was done too often. He said the College Board is trying to reduce recycling, while cautioning that doing so will be expensive and will take time.

“I think first and done is exactly right … it is exactly what we should all seek. And it’s going to take substantial advances in costs,” he said. “I do seek a better future and I do want to work on redesigning item and form redevelopment such that we can get there. And we are moving towards much greater first use and much more targeted reuse.”