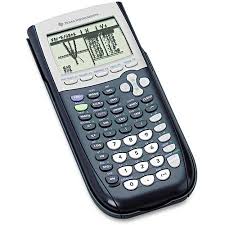 (The Atlantic)  By William Pang —

Step inside any high-school math class in the United States, and chances are you’ll find students staring down at their Texas Instrument calculators, nimbly typing commands into those $100 pocket computers. Calculators are so commonplace in modern American education that a TI-84 or -89 can be found stashed away in many homes, mementos from taking the SAT or computing integrals on the Advanced Placement calculus exam.

Still, college professors remain divided on the use of calculators in their classes. When I took my freshman math courses at McGill University in Montreal last school year, I had to revert back to pencil and paper, clumsily lining up columns to do addition and long-multiplication problems at my professor’s request. This isn’t an unusual predicament: According to a 2010 national survey by the Mathematical Association of America, nearly half of Calculus 1 college instructors prohibit students from using graphing calculators on exams.

The debate over the use of calculators in math classrooms has ensued for more than four decades—nearly as long as the contemporary calculator has been around. Although the abacus has been in use since the time of the Sumerians and Ancient Egyptians, it wasn’t until 1958 when the Texas Instrument engineer Jack Kilby invented the integrated circuit, which paved the way for the cheap and compact computer chips used in most electronic devices today. (Kilby later won the Nobel Prize in physics.) A decade later, calculators would no longer be stored in gigantic cabinets with a price tag of over $700,000; they would substantially diminish in size and gradually become more affordable. Today, prices for graphing calculators hover around $80.

By the mid 1970s, 11 percent of Americans owned a calculator. Four-function calculators—those that only perform addition, subtraction, multiplication, and division—gradually entered the classrooms, dividing educators and parents alike. Debates over the role of calculators in the classroom quickly emerged, and arguments for and against their use have hardly changed since then. Proponents of the calculator argued that machines could help students make sense of abstract mathematical notations through real-life problems, making math fun and interesting. Opponents worried that students would become over-dependent on calculators, losing the ability to do simple arithmetic operations and exercise a solid sense of numbers.In 1986, Connecticut became the first state to mandate the use of calculators on state tests, signaling the beginning of a calculator-dependent generation. But the most consequential move came three years later from the National Council of Teachers of Mathematics (NCTM), which advocated for the use of calculators from kindergarten through grade 12. The guidelines set by the NCTM were soon adopted into many local and state curricula. In 1994, the College Board made substantial changes to the SAT’s math section to allow the use of calculators. The 1995 Advanced Placement calculus exams were the first to require the use of graphing calculators, a powerful electronic aid that is still used in most high-school math classes today.

For W. Stephen Wilson, a math and education professor at Johns Hopkins University, using a calculator is akin to relying on a crutch when one doesn’t have a bad leg. “I have not yet encountered a mathematics concept that required technology to either teach it or assess it. The concepts and skills we teach are so fundamental that technology is not needed to either elucidate them or enhance them. There might be teachers who can figure out a way to enhance learning with the use of technology, but it’s absolutely unnecessary,” Wilson wrote in the journal Education Studies in Mathematics.

Proponents of using technology in classrooms argue that graphing calculators, particularly those equipped with programs that can compute algebraic symbols, would reduce the need for students to memorize formulas and perform time-consuming computations. But Wilson fears that students who depend on technology will fail to understand the importance of mathematical algorithms.Yes, a calculator could effortlessly churn out the derivative of an equation, but would students understand how to find the answer using the fundamental theorem of calculus or the definition of the derivative? The idea, Wilson says, is not to have students mindlessly perform mechanical operations, but for students at all levels to apply linear thinking in understanding the beauty of efficient algorithms. If a student can’t master long division, how can she grasp derivatives and integrals?

Wilson says he has some evidence for his claims. He gave his Calculus 3 college students a 10-question calculator-free arithmetic test (can you multiply 5.78 by 0.39 without pulling out your smartphone?) and divided the them into two groups: those who scored an eight or above on the test and those who didn’t. By the end of the course, Wilson compared the two groups with their performance on the final exam. Most students who scored in the top 25th percentile on the final also received an eight or above on the arithmetic test. Students at the bottom 25th percentile were twice as likely to score less than eight points on the arithmetic test, demonstrating much weaker computation skills when compared to other quartiles.

It’s worth noting that calculators are also more likely to be barred in math exams at research universities than at two-year colleges and regional public universities. Out of the 50 national universities ranked at the top by U.S. News and World Report, only four schools had policies allowing electronic devices on Calculus 1 exams. One explanation is that selective institutions are less likely to offer remedial math courses and generally accept students who possess a strong math background.

Why aren’t high schools taking their cue from math professors at Harvard and MIT? Because most college students won’t major in STEM subjects and won’t need advanced math knowledge for much of their work. Dan Kennedy, a high-school teacher at Baylor School, argues that to set a reasonable expectation for all students, calculators should be used because many real-world problems cannot be solved without technology. Students, he says, would be better served by learning probability, statistics, computer literacy, financial mathematics, and matrix algebra—the kind of math that requires the use of graphing calculators—not the kind of theoretical math that dominates math competitions.

David Bressoud, a math professor at Macalester College in Minnesota, has a different theory: He thinks that large research universities typically ban calculators because the devices are essentially obsolete there. “The larger universities have traditionally had computer-lab resources, [and now] it is easier to expect that all students have access to a computer,” Bressoud said. Computers, Bressoud says, are a much better tool for teaching calculus because they are more flexible and faster than calculators.

The calculator debate also plays into a larger discussion of whether colleges should be less theoretical and more practical.

At Macalester, first-year calculus is known as “Applied Multivariable Calculus 1.” Computers are heavily encouraged in class, and professors aren’t slowly chalking away proofs and theorems on the blackboard. Unlike those at traditional college math classes, Macalester professors take the word “applied” seriously: A lecture on functions, for example, is demonstrated using the Body Mass Index, a function of height and weight used to determine whether a person is obese. Students in their first year of calculus also learn differential equations, a topic that is generally covered only when students have three semesters’ worth of calculus under their belts. The aim is that, by introducing differential equations early on, students understand how mathematical models are generated. Why? Because these models are used in many fields, including, but not limited to, economics, environmental science, psychology, and medicine.

The calculator debate also plays into a larger discussion of whether colleges should be less theoretical and more practical. For technology advocates, an increased emphasis on technology is often seen as a way to prepare students for the real world. Calculator opponents tend to see it differently. The goal of university education, they contend, is for students to get a good grasp of the theoretical foundation of a subject, not to master calculators or computers. After all, today’s technology might become drastically different 20 years from now, but a good foundation will always last.

Even Socrates once quipped that a reliance on writing would lead to the deterioration of memory. And many of the best practices in pedagogy teach that memorization does have its merits when it comes to education, despite the invention of the internet and search engines. Drawing the line between the use of and barring of calculators could prove difficult, says Jon Star, an education professor at Harvard University. “That line is also moving as time goes on, at different levels. There might be students who bring different skills who put the line in different places,” Star noted. “I’m very wary of anyone who says it should be at one extreme or the other.”

Many schools opt for the middle way. While calculators might not be allowed on tests and exams, colleges know that tech-savvy students will utilize programs such as Wolfram Alpha, a powerful web-based computational tool, to aid with calculus assignments. Homework problems often require calculator use, asking for solutions that involve cumbersome values or algebraic symbols that are too tedious to compute by hand. Will future professors who were born in a generation of smartphones and tablets change the course of this discussion? Only time will tell.