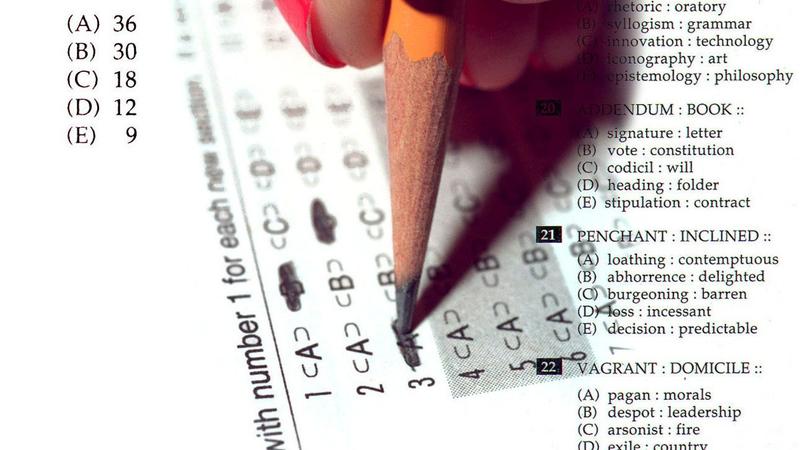 The Harvard Graduate School of Education released a report in January titled “Turning the Tide,” which recommended that college admissions should de-emphasize standardized testing in favor of activities such as community service. The report is but the newest installment in an ever-growing confederation against standardized testing. Critics of standardized testing often accuse testing as contributing to socioeconomic disparities, and a number of colleges already adopted test-optional admissions.
Yet the OECD’s Programme for International Student Assessment (PISA), a survey designed to measure reading, math, and science skills of 15-year-olds worldwide, tells a drastically different story. PISA results in 2012 show that students in Shanghai, Hong Kong, South Korea, Japan, Singapore, and Taiwan consistently outperformed most of their Western peers in all three categories. University admissions in these Asian societies depend heavily, if not exclusively, on nationwide or college-specific entrance exams. Closely trailing behind the Asian juggernauts is Finland, whose low-stress education system is oft-cited by critics of standardized testing. But even Finnish colleges rely heavily on the Matriculation Examination and university-specific entrance exams. It seems odd for the United States, whose PISA ranking is 36th in math, 28th in science, and 24th in reading, to venture a test-optional system, while the world’s leaders in education are busy sharpening their #2 pencils.

Perhaps the strongest argument in favor of test-optional admissions is that standardized test scores correlate with socioeconomic status. Critics argue that test-prep programs are often not available to lower-income families, thereby putting low-income students at a significant disadvantage. However, there are a few issues with this narrative. The correlation is not as strong as it is portrayed to be (note how the graphs exaggerate correlation by using averages). Different estimates suggest a correlation between 0.2 and 0.3 on a scale from -1 to 1, while SAT correlates with IQ tests—and hence aptitude—between 0.48 and 0.8. Moreover, standardized testing per se is not responsible for the disadvantage: economic inequality is. Any meaningful system that evaluates students is bound to be favoring the well-off, simply because the affluent command more resources than the needy. Just like the rich can afford test-prep courses, they can also afford art lessons, athletic training programs, summer experiences, eye-catching start-ups and non-profits, and indeed more time for community service. Admissions policies that favor non-test factors simply give arbitrary preference to paying for music lessons over paying for math tutors, thus also failing to rectify prior economic disparities. Instead, we should promote affirmative action policies that effectively compare students with similar socio-economic backgrounds.

On that front especially, testing-based admissions wins out as an objective and low-cost method to evaluate students. Test scores provide a simple, transparent, data-driven approach to horizontally compare merit, which can be rigorously analyzed, easily modified, and readily automated. The alternative is to hire legions of expensive admissions officers to decipher resumes and concoct subjective, byzantine schemes putting a growing variety of extracurricular experiences into socio-economic context. And no, a test-central admissions policy will not fill colleges with mindless machines and exclude the star athletes and artists. The stereotype that students who ace tests are somehow dull pedants is as pernicious as it is fallacious. On the contrary, as researchers at Vanderbilt University found, exceptional test-takers are likely to later become leaders in wide-ranging fields including business, law, academia, and culture.

All of this, of course, rests on the assumption that tests are well-designed and readily available to students of all socio-economic backgrounds. Reality falls short. As John Oliver notes, some test questions are hilariously nonsensical and for-profit test-makers like Pearson are greedy and secretive. Expensive tests with vague questions, farfetched curriculum, and copyright-enabled immunity from oversight contribute little to advancing learning and much to stress and corporate profits. Well-designed standardized tests, on the other hand, should have an easily accessible curriculum that tracks closely what students learn at school; they should have a database of old tests and preparatory materials that the public can access, should be transparent and have clear professional oversight on test questions, and should be administered frequently with no barrier to students from needy families. These tests do exist. Entrance exams such as the annual Singapore A-Level closely—though imperfectly—resemble this ideal.

Bad tests certainly need to be scrapped, but good tests are the bedrock of meritocracy and intellectualism. We need more of them, not less.