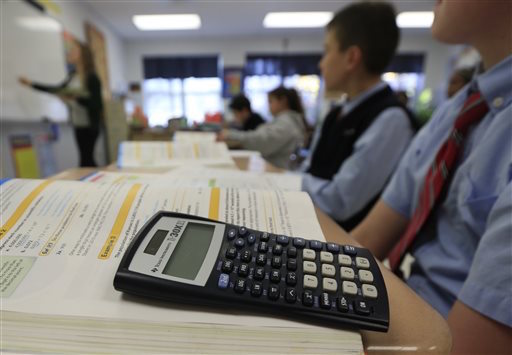 (NY City Lens) By Krutika Pathi.     Months before the fourth grade Common Core exams, Caroline Fisher, who lives in Carroll Gardens, went online and found a tutor specially experienced in teaching the Common Core curriculum for middle school students. Her daughter, Ava Fisher, who is in the fourth grade, now spends 10 hours a week with the tutor and Caroline Fisher spends over $300 dollars per week.

“I’m a working mom and when I found out that Ava was having trouble with her homework, I tried to help—but it was just too much and I had to find a tutor,” she said.

Many parents, like Fisher, face the same dilemma and end up hiring someone to help their children pass the complex exam. Last year, many parents frustrated with the Common Core tests even allowed their children to opt out of taking it. In New York alone, one in five students did so. To encourage more students to take the exam, the state just announced that it would shorten the math and English tests. By 2017, the state plans, at least at this stage, to require all students to take the exams.

Meanwhile, parents of New York school children are seeking out tutors. Enrollment rates in many private tutoring centers across the city have more than doubled in the past few years. Online tutoring, video sessions and after school programs are also all on the rise. Experts expect the trend to continue, not only in New York but nationwide.

“If [passing the Common Core test] becomes a requirement, private tutoring will grow and be utilized by those who can afford it,” writes Lori Martin, associate professor of sociology at Louisiana State University and author of Big Box Schools.

The Fordham Institute, an education policy think tank, predicts the Common Core could cost $12.1 billion over the next 1 to 3 years. Given this potential market for private industry, the New York Times reported that venture capital investment in public education has increased 80 percent since 2005 to a total of $632 million as of 2012.

“The Common Core has played a significant part in boosting the private tutoring business,” said Michael McCurdy, co-founder of TestingMom.com. “We began writing practice materials for the Common Core three years ago before it was even implemented in any state.”

After school academic programs across New York are also experiencing higher demand and administrators and teachers believe it is because the public educational system is not adequately preparing students to take the test.

“The Common Core is confusing and I work with lots of frustrated parents and students,” said Natania Blumenkehl of Kumon, an after school enrichment program in Carroll Gardens, Brooklyn. Blumenkehl’s center has seen an increase of 10 to 15 percent in enrollment. “There’s a lot of focus on test preparation right now, which is a big part of our growing enrollment rate.”

At Little Genius Prep in Brooklyn, enrollment rates have doubled this year. “The Common Core is controversial because it’s hard to implement,” said Arthur Lutsker, co-owner of the center. “With Common Core, there’s more attention on math and children are exposed to algebra and fractions earlier now, and I can understand why parents complain about it.”

Lutsker has noticed a specific surge in students from elementary grades, saying that previously parents could help their children with homework but not anymore.

John Zaboris at Brooklyn Tutoring Co. also believes that parents don’t know how to help their kids with the Common Core curriculum. “I’ve noticed more and more parents asking for tutors that teach the Common Core,” he said, “The parents are all freaked out about it. They’re really not familiar with it.”

Bige Foruk, founder and CEO of Bright Kids NYC, said interest in her tutoring service has tripled over the past few years, mostly because parents have heard the Common Core tests are harder than before.

“I work with a lot of frustrated moms and dads who can’t seem to help their 6thgrader with their math homework,” she said. Bright Kids has seen a particular uptick in 4th and 7th grade clients, as test scores from those years determine children’s admission to the city’s elite middle and high schools.

Online tutoring through tailored tests or video sessions with a tutor have also become increasingly popular. Aristotle Circle NYC developed its own Common Core practice exams for grades 3 through 8. The tests can be taken online and sell for $59 each. “Just as it is with SAT prep tests, the Common Core practice exams shows us how the test prep industry has become instrumental in modern education in the country,” said CEO Suzanne Rheault.

For Jennifer Zahlit, a PhD student, online tutoring helps pay the bills. She helps students as part of a part-time job schedule, using Wyzant.com, an online search engine for “affordable tutors.” “Almost every tutor on the website puts down ‘Common Core’ under their expertise, right after SAT prep,” she said. “Common Core is basically another way of saying ‘private tutoring’.”