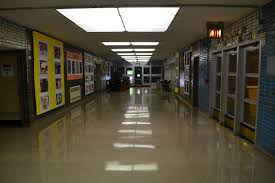 How broken is the U.S. education system? Very broken, if a 2016 Civic Enterprises Report is anything to go by. Today, 17 percent of high school students still don’t graduate with their class. And another 17 percent of those that do are ill-equipped for college. Add that together, and the system is failing over a third of all students in its ranks. That’s a third of young adults who will struggle to survive in a workplace that increasingly demands at least some postsecondary schooling.

Many education reform funders believe scaling up charter schools is the most promising way to improve student outcomes. But despite the explosive growth in charters in recent years—with total student enrollment in these schools more than doubling in the past decade, to 3.1 million—the overwhelming majority of U.S. kids still attend traditional district schools. Which is why, as we’ve reported, some reform funders have given growing attention to changing how public systems operate overall.

The Laura and John Arnold Foundation is a leader in this regard, with grantmaking that focuses on promoting a portfolio model of school governance. Between 2011 and 2016, LJAF awarded over $200 million awarded in education grants—much of it to promote this model, which, as the foundation states, is “based on policies that promote a decentralized administration and more school choice for families as well as increased flexibility and accountability for leaders and educators.” Empowering charter operators is a key goal here, but within a broader strategy.

To find out more about LJAF’s K-12 grantmaking, and why it’s betting so heavily on the portfolio model, Inside Philanthropy recently spoke to LJAF Senior Education Fellow Neerav Kingsland.

Kingsland, who also advises Reed Hastings on his education philanthropy, joined the Arnold Foundation in 2015, after leading New Schools for New Orleans (NSNO), a nonprofit organization at the center of sweeping school reform efforts in that city, which has received millions in funding from LJAF. Kingsland and NSNO played a key role in developing the portfolio governance model adopted by New Orleans after Hurricane Katrina. (Charters are central to this system; over 90 percent of public school students in the city attend such schools.) Kingsland’s mandate at LJAF has been to scale this model nationally. Also leading the foundation’s work, here, is Chris Barbic, who joined LJAF in 2016, and was previously the founding superintendent of Tennessee’s Achievement School District (another LJAF grantee), which provides wide autonomy for school leaders and nonprofit organizations working to turn around low-performing schools.

With its expanded K-12 team, Arnold has worked to advance the portfolio model in a number of cities, including Washington, D.C., Memphis, and Camden. It’s moved some serious grant money as part of this push. Last year, it made a $10 million grant over three years in Baton Rouge, Louisiana.

“Katrina was a tragedy that gave us a chance to think about a new system for education,” Kingsland says, explaining the origins of the portfolio model in New Orleans. “We rethought public education alongside principles of good regulation, autonomy, and school choice. And we started thinking of the city as the unit of transformation itself. Learning to trust local leaders has been key to this, together with the foundation recognizing that by following civic entrepreneurs, there’s more than one way to adopt values in communities. We want local leaders saying that they have their own vision on the ground.”

So how does the portfolio model work in practice? Here’s how the Arnold Foundation describes such governance:

Unlike many traditional school systems where school leaders must follow a specific instructional program and adhere to district mandates, operators in the portfolio model have a great deal of autonomy in their decision making. They select their own curriculum and materials, hire teachers and staff, and control the campus budget. These operators work with teachers to provide a high-quality education and are evaluated by independent authorizers whose sole responsibility is to hold schools accountable for student performance. District superintendents aren’t involved in the school’s day-to-day management. The authorizers are totally removed from day-to-day operations. They oversee the entire system, identify schools that are highly effective, and expand successful models. Families in a portfolio district can apply to attend any campus through an open enrollment process.

The portfolio model tracks with governance ideas with broad support across multiple sectors, from business to the military. The basic idea is that leaders are most effective when they have the latitude to make day-to-day decisions—as opposed to answering to supervisors who may not understand realities on the ground. While the charter movement has long pushed for this kind of autonomy, the potential benefits extend to traditional district schools, too. In particular, the portfolio model places substantial power in the hands of principals, who are given the authority to run their own schools with limited interference. As we’ve reported, quite a few funders are keenly interested right now in better equipping principals to be effective agents of educational change.

An ever-growing number of cities are either following the portfolio model or are looking into adopting it in their own districts. For private funders, a key appeal of this strategy is that success at the systemic level in changing policies on school governance can potentially yield a wide range of benefits. It’s not surprising that the Arnold Foundation is so excited about the approach, since the quest for large-scale systems change is central to this funder’s DNA. “We are ultimately a policy foundation, understanding things through the policy structure,” Kingsland notes.

The portfolio model, though, does have its detractors. Critics argue that there’s not yet enough evidence of success to warrant scaling up the model and worry that it undermines democratic control of schools while offering too much latitude to charter operators. Also, as we’ve reported, there’s ongoing debate about how successful the reforms in New Orleans have been in improving student outcomes.

A report last year by the National Education Policy Center at UC Boulder said, “While proponents of portfolio districts emphasize local community involvement, governmental authorization lies in state capitals, and local school boards are typically shunted aside.” A larger point made by the report is that “all the evidence suggests that no governance approach will come close to mitigating the harms caused by policies generating concentrated poverty in our urban communities.” While some gains might come from a portfolio model, the authors predict that “student outcomes in under-resourced urban districts will continue to be driven by larger societal inequities.”

Of course, the same critique has been made of other strategies embraced by reform funders—who often respond by saying that they can’t solve all the problems in society, and in any case, better schools really can make a big difference for poor kids.

(If you want to see how a progressive funder is trying to get at some of deeper equities that plague education, including racial segregation, see our recent post on the Kellogg Foundation’s big pledge to boost schools in Battle Creek, Michigan.)

Issues of poverty and race are nowhere mentioned in the Arnold Foundation’s public materials on its K-12 work. This is a funder that tends to steer clear of larger socio-economic or ideological analyses in favor of more technocratic approaches that try to pinpoint and correct system failures that include inefficiencies and misaligned incentives.

The foundation’s pragmatic approach has the most traction beyond the polarized debates in Washington, D.C., at the state and local levels—which is where most of the action is on K-12 is anyway. As Kingsland says, “Education politics is mostly local. Federal change is symbolic. Mayors, school boards and legislatures ultimately control 90 percent of funding. Two hundred parents at a local meeting are more impactful than Trump or anyone else.”