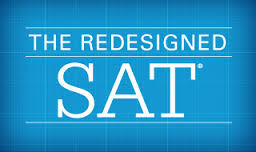 Saturday, March 11 will mark the one year anniversary of the redesigned SAT. So, how has the test fared one year later? Are the results what we all expected or is there still work to be done?

“Students prefer the new SAT by a 7 to 1 margin, saying it’s “easier,” “more straightforward,” and “way more applicable to what we’ve been learning in school,” according to a recent release from the College Board. But is an easier test properly measuring the students’ ability to showcase what they learned?

As a refresher, the changes include:

It appears that these changes have increased the students’ overall confidence going into the SAT. In fact, the release states that 80 percent of students feel more comfortable with taking the new SAT and 59 percent of students who have taken the exam in the past believe that it is easier that the original version. The results also show that a majority of students are seeing a correlation between what they are learning in school and what appears on the new exam.

In 2016, after the first batch of results revealed higher SAT test scores, critics began to question the validity of the test and whether these changes were just an easy way to increase scores. Critics like Dan Edmonds of Noodle Education “speculate[d] that the College Board may be intentionally inflating scores to attract more students” in an attempt to overtake the ACT as the most popular college-admissions exam, according to The Atlantic’s 2016 assessment of the new exam.

However, The Atlantic article also identified a number of likely explanations for the higher test scores, such as students “no longer [being] penalized for picking a wrong answer” and “also hav[ing] more time to answer each question on the test.”

Students have been receptive to the new changes, especially removing the penalty for guessing. Knowing this as a student may take some of the pressure off of guessing an answer you don’t know. Though, some would argue that it encourages students to guess more on the SAT. Despite questions that surrounded the SAT, the new exam is definitely receiving strong support from students, teachers and even parents.

“I felt comfortable answering the questions. The vocabulary was perfectly moderate, which helped since it was my first time! I’m very grateful it wasn’t as difficult as expected!” said Valentina of Florida, according to the release.

Meanwhile, results from the College Board’s survey finds that parents are six times more likely to prefer that their children take the new version of the test over the previous version. Also, six out of 10 teachers are in support of the new exam over the older format.

For students who are looking for a practice test, Khan Academy and College Board have joined forces for an online test that 70 percent of students find helpful.

“Unlike traditional high-priced test prep that focuses on strategies for taking the test and quick cramming, Official SAT Practice on Khan Academy supports and reinforces what students are learning in class by helping them focus on the knowledge and skills essential for college readiness and success,” according to the release.

The new SAT is still gaining positive traction one year later. While some may still need convincing, these numbers speak to the overall success of the exam.