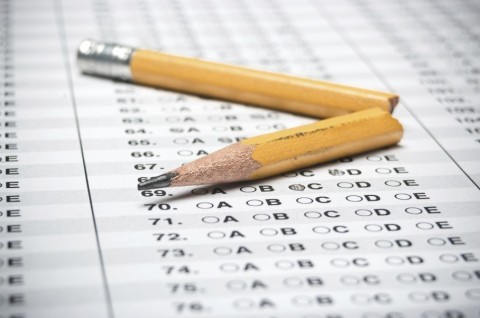 Last December, Congress passed a new federal education law called the Every Student Succeeds Act, replacing No Child Left Behind. With it will come new rules for states to follow regarding standardized testing for “accountability” purposes. Negotiators have agreed on draft rules, which will soon be released so the public can comment before the rules are actually approved and enforced.

How will students and teachers be affected if the draft rules are not changed and are finalized? Here’s a post explaining all of that by Monty Neill, executive director of the National Center for Fair and Open Testing, known as  FairTest, a nonprofit organization that works to end the misuses of standardized testing and to ensure that evaluation of students, educators and schools is fair, open, valid and educationally sound.

What will U.S. Department of Education regulations for implementing the new Every Student Succeeds Act (ESSA) mean for educators, parents and students? A committee writing regulations for some of ESSA’s testing requirements recently reached agreement on a draft, which will be published for public comment before being finalized.

ESSA set up a negotiated rulemaking (or “neg reg”) committee to address several issues: assessments for students with the most severe cognitive disabilities, the option for districts to use the SAT or ACT or other tests instead of state high school exams, testing throughout the school year instead of using end-of-year exams, and testing in languages other than English.

Students with “the most severe cognitive disabilities”: This draft rule could limit access to alternative assessments for students with disabilities. It also could discourage opting out.

ESSA caps at 1 percent the proportion of students in a state who can be administered an alternative assessment for students with the most severe cognitive disabilities. In theory, this percentage includes a reasonable proportion of students who have such severe impairments that taking the regular state exam is infeasible or unfair. Many parents whose children with special learning needs have to take the regular tests believe this is too stringent, but most major disability groups support it. ESSA allows states to seek a waiver to expand the pool of students who can take the alternative assessment beyond one percent.

The committee, however, made it difficult to win this waiver. One criterion is that both students in general and the “students with disabilities” group must meet the ESSA requirement to test 95 percent of students. States could use this rule against the opt out movement, though states would be unlikely to gain a waiver in any case.

District-option high school tests: This rule may make it difficult for districts to use ACT or SAT tests as an option, or it may force the test companies to change their policies regarding accommodations.

ESSA allows districts to select a nationally recognized alternative to mandated state high school math and language arts exams. The idea is to allow districts to substitute the ACT or SAT or another exam that would be useful for college admissions, sparing students from redundant testing. Districts in the 15 states that still require students to pass state exams to graduate from high school are unlikely to substitute another exam. (For state grad test policies, see http://www.fairtest.org/graduation-test-update-states-recently-eliminated.)

It appears that the rules will force test makers to give the exams with every student’s normal accommodations and allow students to submit those scores to colleges. Or companies can decide not to enter that market. (FairTest’s list of more than 850 four-year accredited colleges that are SAT-ACT optional for all or many applicants is at http://www.fairtest.org/university/optional.)

It gets more complicated. Some states use SAT or ACT to meet the federal mandate for a high school exam. Since the neg reg draft only addresses the use of alternative high school tests by districts, the anti-discrimination provision may not pertain to statewide ACT or SAT administrations. Other regulations still to be crafted by the Education Department are likely to address this question (Most regulations are written by the U.S. Education Department without neg reg committees.)

Other exams such as International Baccalaureate (IB) or Advanced Placement could be used, but a district would have to make them available to all high school students. Moreover, a district cannot phase in alternatives. These provisions may make it less likely they will use better assessments such as IB, which are part of a curriculum, not stand-alone tests.

Multiple tests. Following ESSA, the negotiated regulations allow states to administer multiple “interim” tests throughout the year, adding up their results to reach a final score, instead of relying on just one big test at the end. Whether that will lead to better assessments (e.g., portfolios of student work over the year) or be used to facilitate computerized curriculum-instruction-testing packages remains to be fought out state by state.

Languages. Finally, ESSA encourages but does not mandate use of state tests in commonly used languages other than English. The regulations recommend that a state employ tests in any language spoken by 10% or more of the students.  However, states are free to ignore this guidance, as most have for decades. Neither the SBAC nor PARCC Common Core testing consortia have produced tests in any other language.