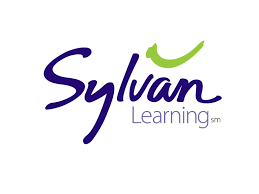 Headquartered in Harbor East, Laureate has grown into the largest global network of degree-granting higher-education institutions, owning and operating 71 universities in 25 countries, many in emerging markets. The firm employs more than 67,000 people globally and about 1,130 at its offices in Baltimore and Columbia. It is one of the few “B Corp” companies, those certified as meeting standards of social and environmental performance and accountability, to go public.

The company was born out of Sylvan Learning Corp., a tutoring company Becker and his business partners acquired in 1991. By that time, Maryland native Becker, who attended the Gilman School and was accepted at Harvard University but never attended, already had achieved entrepreneurial success. At 19, he developed the wallet-sized “LifeCard,” which was encoded with a person’s medical history and adopted by health insurers.

Over the years Sylvan became known as a pioneer in franchise-based private tutoring, and expanded to include other education services, including test preparation and a network of international universities.

“Playing a leadership role and taking chances is something that has always felt very rewarding to me,” Becker said. “You have to take chances. You can have a lot of conviction, but if you have enough doubters, they can sap your conviction.”

Becker is viewed as one of the early leaders of the ed-tech movement in Baltimore, said Frank Bonsal, director of venture creation in the division of Innovation & Applied Research at Towson University’s TU Incubator.  Read the article