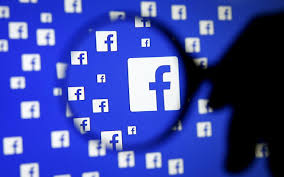 A Harvard student may have invented Facebook, but the Admissions Office remains skeptical of the value of reviewing social media profiles in applications to the College.

Recently, articles in media outlets such as the New York Times and Forbes have speculated whether it can be advantageous to include social media as a component in college applications. But Harvard admissions officers rarely consider the social media pages of applicants during its review process, Dean of Admissions and Financial Aid William R. Fitzsimmons ’67 said.

Fitzsimmons said in an interview Monday that while Harvard’s Admissions Office accepts non-traditional application supplements, such as artistic portfolios or music submissions, it takes into account an applicant’s social media profiles on rare occasions and almost exclusively to applicants’ advantage. He did not specify under what circumstances a social media profile may be advantageous to an applicant.

“We don’t do this very often, but we will look occasionally if there are situations where we think more information would help,” Fitzsimmons said. “If someone sends us a link of any kind, it doesn’t have to be from some company or some organization, if it seems relevant to making the best possible case for that person’s admission, we will certainly take a look at it.”

His remarks come after a recent spate of national news that focused on the perceived popularity of LinkedIn, Instagram, and other platforms as supplements to prospective students’ college applications, and the recent rise in social media admissions consulting.

One such company is Social Assurity, which offers social media assessments and recommendations for college applicants and professionals regarding their digital profiles. The company also provides advice on profile creation and guides for students applying to colleges with the newly launched Coalition Application.

“It helps maybe to explain their commitment to an activity, to something they enjoy doing or care deeply about. It’s up to the school certainly whether they’re going to click on the link or not, but I think in the end it’s only going to help that student present themselves,” he said.

Fitzsimmons maintained, however, that the standard method for applying to the College—the CommonApp and Harvard’s supplemental essay question—gives students the necessary space to tell their stories. Fitzsimmons also expressed concern that establishing an expectation of social media submissions would further complicate the already “daunting” admissions process.

“We’re very reluctant to enter a world where there’s an expectation that you would send in many other things whether it’s electronically or otherwise,” he said.

Some admissions experts hold the same view as Fitzsimmons that admissions offices do not place much emphasis on the social media accounts of applicants. Experts also emphasized the infeasibility for many colleges to look at the profiles of the majority of their applicants. Admissions consultants Parke P. Muth and Anna Ivey said that while it is good practice for applicants to edit their public profiles, it is unlikely that admissions officers will actually view their accounts.

“The reality is that admissions officers at colleges that get a lot of applications, Harvard included, they don’t have time to sit there and look at everybody’s social media profile,” Ivey said. “But there’s always a chance that someone will, and because the chance is greater than zero, it’s just better to play it safe.”

Ivey also cautioned applicants to not go outside of the platforms recommended by a specific college when submitting supplement work, such as artistic portfolios or recordings of musical performances, because most colleges detail methods for submitting additional materials.

Still, Katzman said he thinks social media is valuable because it is an inexpensive admissions resource given that most sites offer free accounts.

But social media consulting services themselves can be expensive. A media assessment by Social Assurity costs $125 while the profile curation service can cost from $750 to $1,750 depending on the platform account site. Prospective college students can take a “Social Media Essentials and College Admissions” program for $24.95.

With these costs in mind, Muth and Fitzsimmons said that while these platforms are readily available, there is still the potential that applicants with greater resources can take better advantage of new application methods.

“Often times the new technology whatever it is is more likely to be used by those who are affluent and from schools that offer many advantages rather than the other way around, and so that’s a concern,” Fitzsimmons said.

For now, students can continue to submit any supplemental materials they want, but there is no guarantee that admissions officers will look beyond the traditional applications and the Harvard-specific supplement questions.

The College will announce its first round of admitted students to the Class of 2021 on Dec. 13.