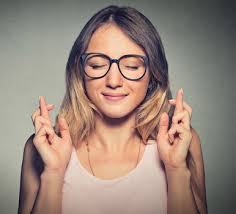 As the frenzied college application season draws to a close, and students across the country mull their choices, many colleges are trumpeting that it was the most selective year ever.

But high school guidance counselors and admissions experts say the heightened competition has turned the process into a anxiety-ridden numbers game.

Except for those that offer rolling admission, colleges generally mailed out the last of their acceptances for the class of 2020 by April 1. Students must respond by May 1, though since that date falls on a Sunday this year, some institutions may give a grace period until May 2. It will be weeks or more before final data is in, but admissions officers and experts say they see some preliminary trends.

For one, the competition is ever more heated. Colleges report receiving record numbers of applications that push up their selectivity numbers and their rankings on lists of top colleges — and increase the anxiety for students. Though this year’s data is still largely anecdotal, applications at more than 70 percent of colleges have increased for 10 of the past 15 years.

Students continue to apply to multiple colleges; the overall average is 4.4 applications, though many students apply to many more, Ms. Blankson said. As of 2013, 32 percent of students applied to seven or more schools, according to the National Association for College Admission Counseling.

While colleges celebrate their record-setting applicant pools, high school guidance counselors take a dimmer view. Bruce Poch, the dean of admission and executive director of college counseling at Chadwick School, in Palos Verdes Peninsula, Calif., said admissions had turned into more of a lottery, as students express their fears of rejection by applying to more institutions.

“It is seen by them as more and more something they can’t control, a crapshoot, so they pile them up,” Mr. Poch said. “The multiples are at the, quote, most selective places.”

Mr. Poch said he had been disillusioned by a sense that colleges have become driven more by data points — SAT scores, maximizing tuition revenue and maximizing enrollment — than by the individual characteristics of students who apply.

But David Hawkins, the executive director for educational content and policy at the National Association for College Admission Counseling, said that to some degree, both colleges and students were overreacting. Colleges do so by engaging in what he called “an arms race” toward higher selectivity in an effort to improve their rankings, and students by applying to so many colleges.

In the end, he said, the average acceptance rate at four-year colleges has remained stable at about 65 percent nationwide.

“Essentially what’s happening is that students are sort of swirling around and then eventually settling into an institution,” Mr. Hawkins said. “The fact of the matter is that there does seem to be a place for any student who wants to go to a four-year college.”

As admissions officials compose a class, campus conflicts over racial issues — like whether Princeton should keep Woodrow Wilson’s name on buildings and programs (it has) or whether Harvard Law School should drop a shield commemorating a slave-owning family (it did) — have become part of the conversation, experts said. As a result, admission offers to black and Hispanic students and other minorities are inching up at some colleges.

“As the leading edge of college interface with students and families, the admissions office is keenly sensitive to those pressures,” Mr. Hawkins said.

At Harvard, admissions of African-American students rose to 14 percent from 12 percent last year, officials said. At Columbia, the percentage of students who identified as “persons of color” — which includes multiple backgrounds — rose to 64 percent from 63 percent. And at Yale, where a controversy over Halloween costumes erupted last fall, officials said there was an increase in the proportion of admitted students who identify as a member of a minority group, though they did not specify by how much.

At the College of William and Mary, in Williamsburg, Va., 35 percent of those offered admission are students “of color,” including African-American, Latino, Asian, Native American and mixed race, up from 32 percent last year.

“They’re not seismic changes,” said Tim Wolfe, associate provost for enrollment and dean of admission at William and Mary. “But it certainly makes a difference.”

Mr. Hawkins, the admissions researcher, said that a legal challenge to race-conscious admissions, Fisher v. University of Texas, now awaiting a decision before the Supreme Court, might also have influenced admissions behavior at colleges concerned about their ability to shape future classes.

“Many colleges are preparing for the possibility that they would essentially be flying blind when it comes to recruiting a diverse student body,” Mr. Hawkins said.

Rick Clark, director of undergraduate admissions at Georgia Institute of Technology, said that the Black Alumni Organization had been intensely involved in recruitment, and that minority students had received calls and invitations to visit the campus, in an effort to entice them to apply and enroll.

“I think all schools this year had these issues in their minds,” Mr. Clark said.

At Georgia Tech, applications this year hit a record high of 30,520, up 12 percent from last year, reflecting the popularity of science majors, Mr. Clark said. The chance of getting in dropped to 25 percent from 32 percent last year.

At the most elite institutions, the rate of acceptance grew even more restricted. Harvard reported more than 39,000 applicants this year, compared with more than 37,300 last year. It admitted a record low 5.2 percent, compared with 5.3 percent last year, accepting 2,037 students. Yale said it had its largest-ever applicant pool, 31,455, and offered admission to 1,972 students, or 6.3 percent.

Stanford University offered admission to 2,063 students out of 43,997 candidates, a selectivity rate of 4.7 percent.

The competition is also hard on colleges trying to predict who will ultimately attend. So as insurance, waiting lists have grown. For example, Yale put 1,095 students on its waiting list, more than half the number it admitted.