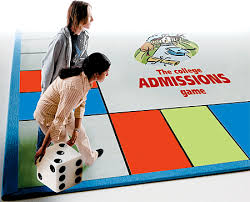 (BUSINESS WIRE)–The age-old college admissions cycle is being challenged by the Department of Education’s introduction of new rules regarding how and when the nation’s financial aid is awarded. Students applying to college this fall will be the first to file their financial aid application forms (referred to as the “FAFSA”) some three months earlier than usual, and they will be assessed for aid based on their family’s income and tax data from 2015. Since these students won’t start college until the fall of 2017, this means that aid will be distributed based on a student’s or family’s income two years prior to the start of college (a regulatory change referred to as “prior-prior year” awarding or simply “PPY”).

“Our study indicates that less selective schools are moving more aggressively to provide awards earlier in the process and embrace early decisioning, while highly selective colleges are adopting more of a wait-and-see approach”

College admissions teams across the nation are grappling with how to prepare for the implications of these changes, which start on October 1, 2016 – just two months away. According to an industry study of 543 enrollment professionals that was conducted by Cegment, Inc. and released today, 77% of colleges are planning to deliver their financial aid awards earlier than in previous years. This is good news for the 90% of high school seniors and their parents who indicated that they want to understand the net price of college earlier than the usual release of aid awards each March.

Positive Changes for Students and Their Families

The key objectives cited by the Department of Education when announcing these changes were to simplify the financial aid application process and allow students to better understand the affordability of colleges earlier in the enrollment cycle. The net cost of a college is increasingly affecting decisions, as 76% of students and their parents indicated that this is an important factor in the college selection process.

“These changes will give students and families more time to plan and select a college with earlier and more complete information,” said Craig Carroll, founder of Cegment, Inc. (www.Cegment.com), which works with more than 330 college enrollment offices. “College cost and financial aid eligibility will move even more to the forefront of the decision process, while colleges will be faced with an even longer admissions cycle than before.”

A New Era for College Enrollment?

Admission and financial aid professionals are challenged to implement the changes while still meeting enrollment objectives. The long-standing, homogenous cycle is shifting to a world where institutions have substantial choice on how to modify their enrollment processes. Some colleges indicated that they will take a wait-and-see approach, while others are aggressively seeking to drive change to attract students that may typically choose a competitor school.

In the Cegment study, 28% of colleges indicated that they are planning to institute either “early-action” or “early-decision” programs in response to these changes, and 50% indicated that they are planning more aggressive engagement strategies for high school juniors. These changes may lead to increased pressure on applicants as they weigh their college options. Interestingly, 80% of college professionals believe that peers who do not shift their admissions cycle will be at a competitive disadvantage when recruiting their new class.

“Our study indicates that less selective schools are moving more aggressively to provide awards earlier in the process and embrace early decisioning, while highly selective colleges are adopting more of a wait-and-see approach,” Carroll said. “Regardless of the number of colleges that embrace change this enrollment cycle, almost everyone in the industry agrees that this is a fundamental change for traditional four-year colleges, which until now have all produced awards at basically the same time.”

About the Study on PPY and Early FAFSA

Cegment, Inc., a leading provider of enrollment marketing technologies and services, today released a comprehensive summary of an industry-wide study on how the recent changes will affect colleges, students and their families. The study, conducted in April of this year among 543 enrollment professionals and 1,031 high school seniors and their parents, reveals perspectives, insights and emerging enrollment strategies in anticipation of PPY and Early FAFSA implementation.