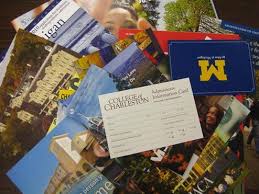 (The Daily Pennsylvanian)   By Hari Kumar —

On Feb. 13, Penn launched an online course to aid students and families in the college admissions process, according to PennCurrent.

Titled “How to Apply for College,” the program on the Coursera platform gives information about the steps of the application process. The six week, video-based course includes quizzes, forums and resources from the College Board and Raise.me.

Sean Vereen, the president of Steppingstone Scholars, received his doctorate from Penn’s Graduate School of Education in 2005. According to his Coursera instructor profile, he worked as the Associate Dean of Opportunity and Access at the University until 2012, when he joined Steppingstone Scholars.

“There are really two things we want to achieve,” Dean of Admissions Eric Furda told the PennCurrent. “One is inspiration, trying to motivate students to make it through the application process. And the other is instruction, giving them some of the tools they need to do it, and then succeed once they arrive at college.”

Furda also touted the course recently as a way Penn is attempting to play a larger role in students’ lives before they get to college.

“Higher education quite often is put in the position that we are the last chance to catch up,” Furda told The Daily Pennsylvanian last week. “We have a great responsibility as an institution that has so many resources, while also recognizing that there’s a very long runway that at any point, if a student doesn’t have the opportunities that they need to, what needs to then take place for them to enter a place like Penn.”