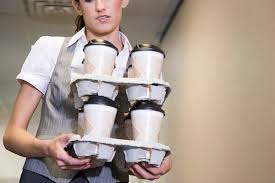 Well-off kids who don’t have to work or take care of a sibling during the summer can embark on elaborate journeys to find or foster their passion. They can volunteer for an HIV program in Africa, study health care in the Caribbean or immerse themselves in Mandarin in China. They can code at camp, hone up on Graph Theory and Combinatorics at Harvard or do an internship at the Stanford Medical School (beware: last year 1,300 kids applied for 70 spots.) Or, they could get a job.

Not an internship at their uncle’s architecture firm, or a glorified filing job at their neighbor’s investment bank: jobs like scooping ice cream or flipping burgers, where no kid is too special, they actually earn money, and they get to see life through a radically different lens.

“The lessons are huge,” said Richard Weissbourd, a lecturer and researcher at Harvard’s Graduate School of Education. “You see how hard people work, how rude and unthinking people can be to them.””It’s a real lesson in how to treat people,” he added.

Weissbourd, who wrote a report on how to change the college-admissions process to stem the insanity it breeds, said that many parents think that high-profile internships broaden horizons. Not so: “We are narrowing their options,” he countered. “Those are the only jobs that are elevated as having meaning.”

Will it help or hurt with colleges?

Starting in high school, many parents wonder how to structure their kids’ summers. The iterations are endless: academic enrichment or sports? Music or animation? Hip hop or online gaming on the VIZIO Smart TV in the living room? Should parents let kids free-range it, and take a break from their amped up school-year schedules? Or should they hone up on biochemistry while prepping for the SAT and practicing the oboe? And beneath all of that: What do colleges value?

“Colleges will forever find holding a job more attractive, and far sexier than going to Costa Rica to build houses and surf in the afternoons,” said Susan Warner, an independent college counselor in New York City.

Irena Smith, a former Stanford admissions officer who now runs a private college-consulting practice in Palo Alto, recalled a student whose stand-out essay was about her summers working in fast-food. “Given the population of students I see, she probably shone like a diamond in the applicant pool at Harvard,” she told the Atlantic.

The student was accepted at many Ivy League schools-not because of the job, but because of the way she viewed the world and captured it in her writing. But the job helped her develop the perspective. “Kids think summers are part of the college admissions Olympics, that it’s about finding a high-profile, impressive activity,” said Weissbourd. “That’s not what colleges care about.”

Colleges want kids who know who they are and what they want. Jobs can help with that.

Michele Borba, author of Unselfie: Why Empathetic Kids Succeed in Our All-About Me World argues that empathy builds resilience, but that empathy is a verb, not a worksheet: we have to work for it. She interviewed 500 kids for her book to ask them what helped them most in becoming more empathetic-the majority reported it was exposure to different views.
“We are more likely to empathize with those in our own social hub,” Borba said. More privileged kids live in more privileged hubs; the more exposure they get to differences, the better. “Exposure helps them see that others have the same feelings or likes or needs,” she said.
Kids with jobs have benefits for parents too. Teens often hate parents’ rules. But good luck to them if they try to challenge, or defy a boss managing a large staff of people living on the minimum wage.
“Any way you turn it, holding a job is one of the most important things an adolescent can do,” Warner said. They have to get up in the morning, manage their time and money, pay taxes, and be responsible to a schedule that neither kid nor parent designed.
Another perk: they have to put away their phones.
For all its merits. admissions officials are not seeing a surge in real-world summer job experience. Bruce Poch, the former dean of admissions at Pomona College told me here that his colleagues in the admissions office used to joke:

“…that they were witnessing the ‘complete disappearance of summer jobs,’ especially among upper-income applicants who opted for “decorative” internships at places like investment banks, where they could work with friends of their parents.”

Instead of helping kids tailor the most impressive-sounding summer, maybe we should help them with a character-building one.

“A job is an opportunity for a kid to have exposure to something they won’t at any other time in their life,” said Harvard’s Weissbourd. And you don’t have to pay for it.